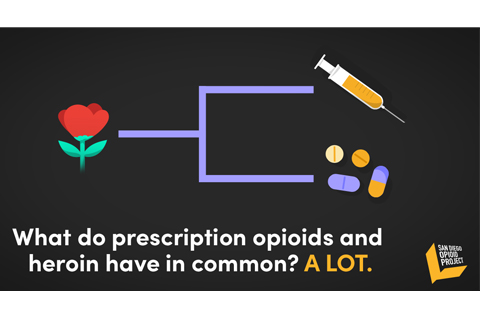 “It’s clear that if we want to be more successful in responding to the opioid crisis and preventing overdose deaths, we need to do something different,” said San Diego County District Attorney Summer Stephan. “That’s why today, we’re announcing an innovative public outreach and awareness campaign. The San Diego Opioid Project will reach and educate people a different way, with the goal of reducing overdoses and saving lives.”

The District Attorney’s office and San Diego County Health and Human Services Agency (HHSA) have partnered to roll out the campaign in response to the ongoing opioid abuse epidemic in the U.S. and here in San Diego County. The San Diego County Board of Supervisors voted unanimously to support the innovative outreach campaign.

“Opioid abuse can impact anyone regardless of age, ethnicity or income level and accidental overdoses are preventable,” said County Health and Human Services Director, Nick Macchione. “This campaign is a significant part of the County’s ongoing efforts to address this public health crisis.”

The San Diego Opioid Project is an extended, six-month campaign based on extensive research and data. The campaign’s goal is not just to raise awareness, but to change behavior. The DA worked with the San Diego-based Rescue Agency, which has a national track record of success when it comes to changing behavior in various areas of public health.

The second phase of the campaign will focus on how quickly people can overdose while others around them may not even notice. The third phase focuses on the increase in pills laced with other substances like fentanyl, and how you never really know what you’re taking if you get pills from a friend or drug dealer.

The San Diego Opioid Project is rolling out primarily online, with social media and digital ads that are specifically targeted to people at risk of becoming addicted.

The ads and posts all drive people to a website: SanDiegoOpioidProject.org. Some ads are in Spanish and there’s a Spanish-language version of the website.

In addition to the San Diego Opioid Project, the District Attorney’s Office continues to work with its law enforcement and community partners to address this ongoing crisis by:

HHSA and the DA’s Office will hold a series of Town Hall Meetings across the county to amplify the campaign and provide information and resources. The first Town Hall will take place tonight at Southwestern College at 5:30 p.m. Details can be found on the DA’s Facebook page.