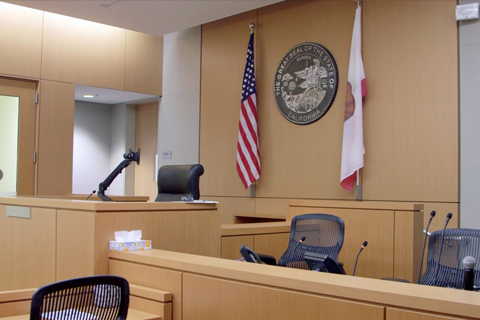 San Diego County District Attorney Summer Stephan announced today she is sponsoring legislation authored by Senator Patricia Bates (R-Laguna Niguel) that would extend the presumption of openness that exists in California courtrooms to proceedings under the Sexually Violent Predator Act.

SB 1023 would require that proceedings for the civil commitment of a sexually violent predator and subsequent hearings regarding their potential release be in open court and on the record, unless compelling and extraordinary circumstances justify closing the courtroom to the public. This bill would require there be a notice to all parties of the proposed closure and that it be made at least 10 calendar days prior to the closed court hearing.

“This important legislation supports the principles of democracy and transparency in our justice system by making sure court hearings for sexually-violent predators are open to the public,” DA Stephan said. “As District Attorney, I hear the pain from victims who’ve been terrorized by a sexual predator but are left in the dark and not able to learn pertinent information guaranteed to them by our open courts system. I’m grateful for Senator Bates’ commitment to this bill which will ensure transparency during SVP hearings.”

DA Stephan and Senator Bates say the bill is necessary because closed proceedings are inconsistent with the openness to which most people of a democracy are accustomed. The U.S. Supreme Court has opined that civil proceedings should be closed “only in the rarest of circumstances.” Additionally, the closure of these proceedings is in conflict with the constitutional rights of crime victims to be notified of and participate in hearings related to their assailant’s detention and release.

“District Attorney Stephan and I believe that court hearings for sexually violent predators should be open to the public unless a judge can provide a compelling reason,” said Senator Bates. “Victims, their families, and the public have a legitimate interest in witnessing hearings through which a predator might be released. I look forward to working with the District Attorney and my legislative colleagues to update the law so that court proceedings concerning sexual predators are not held behind closed doors.”

Victims and their advocates expressed that closing the courtrooms violate their constitutional rights under Marsy’s Law, which grants crime victims the right to attend a defendant’s court proceedings and express their views. SB 1023 is currently awaiting referral to a Senate policy committee.