You are here: Home1 / News2 / How to Recognize Animal Cruelty 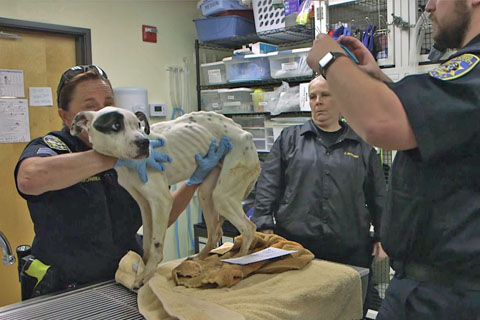 On March 1, a dog was found abandoned in Escondido, weighing less than 20 pounds and extremely dehydrated with low temperature; he also had pressure sores on his hips and knees.

The dog, who was named Remington, recovered thanks to the San Diego Humane Society’s veterinary team.

Because of his critical condition, this is a felony animal cruelty investigation by San Diego Humane Society’s Humane Law Enforcement, which is still looking for information that will lead to an arrest. 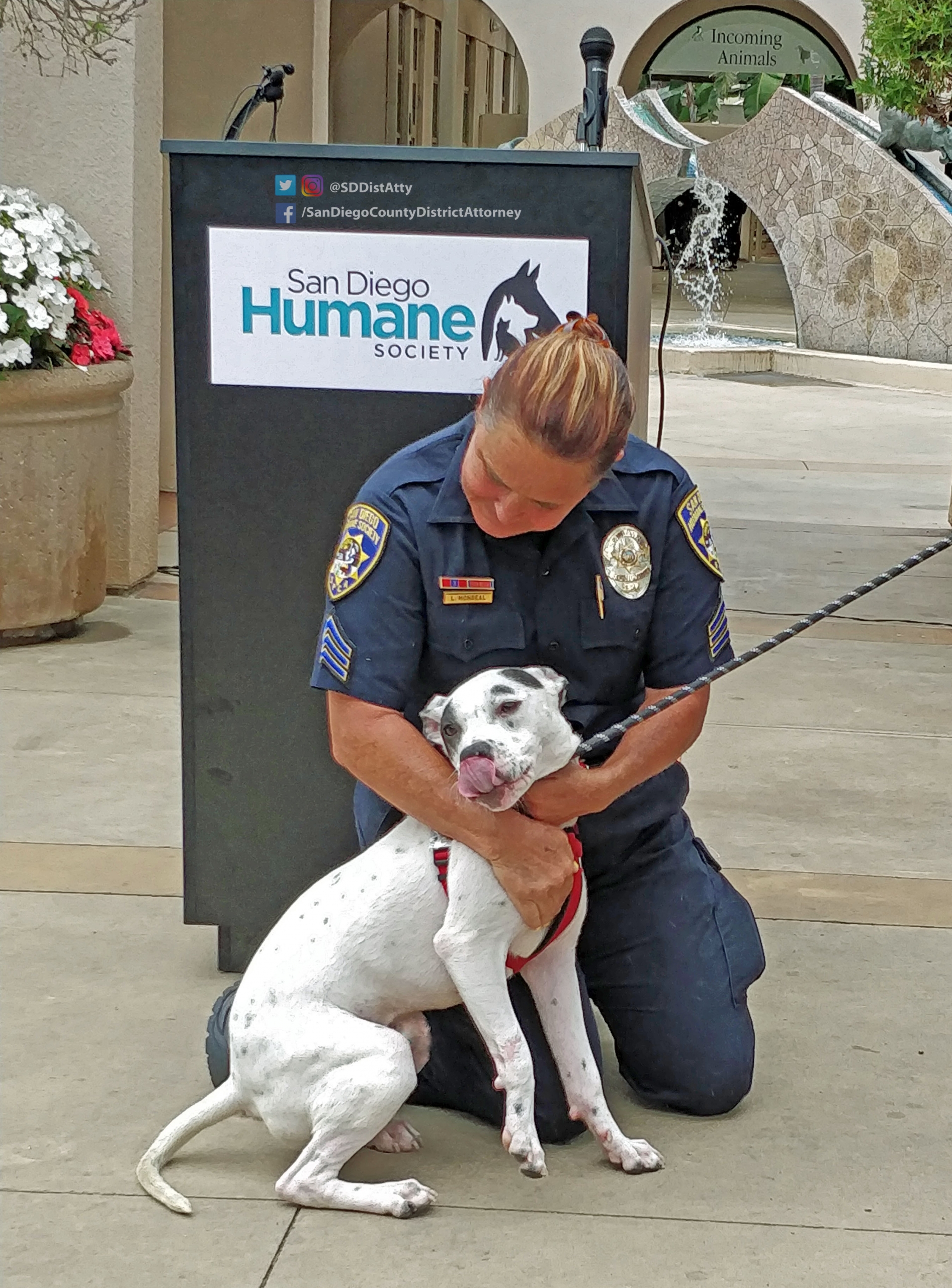 Remington is just one example of the animal cruelty cases that could lead to prosecution by the San Diego County District Attorney’s Animal Cruelty Unit, which was established one year ago. [TWEET THIS]

This week, the San Diego Humane Society and District Attorney Summer Stephan commemorated the one year launch of the Animal Cruelty Unit by reminding the public to “Look out and Speak out” against animal cruelty.

“Of our 53 cases 17 cases are prosecuted that have this combination of terror to the family from within that includes abuse of animals,” said District Attorney Summer Stephan. “These cases are difficult because the animals can’t speak for themselves and that’s why it’s so important that our community, our neighbors, look out and speak up.”

Animal cruelty is one of the earliest and most dramatic indicators that an individual may be developing a pattern of seeking power and control through abusing others. Children witnessing animal cruelty are significantly more at risk of adolescent or adult interpersonal violence.

“About 90 percent of what we do educating people is about properly taking care of their animals so making sure that we start with our children is the most important thing we can do,” said Gary Weitzman, President and CEO of the San Diego Humane Society. “We also do not want children to witness animal cruelty, so it is up to us as adults and as protectors of animals and children to be there for them.”

Service Members Scammed out of $4.8 Million
Scroll to top