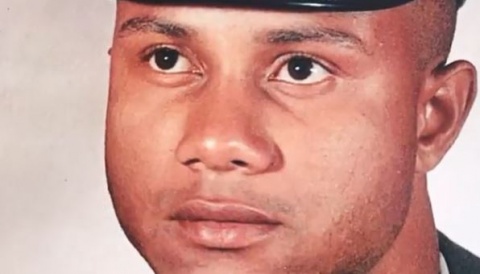 Governor Gavin Newsom has reversed the Parole Board’s decision to grant parole to Jesus Cecena, 57, who killed San Diego police officer, Archie Buggs, in 1978. The Governor’s decision, on January 18, reverses the Parole Board’s grant which occurred in August. Cecena’s next parole hearing is in February 2020. [TWEET THIS]

DA Stephan urged Gov. Newsom to reverse the Parole Board’s decision in a letter, saying his parole would jeopardize public safety because Cecena minimized the true execution nature of his killing. Governor Jerry Brown previously reversed the Parole Board’s grants in 2014, 2016 and 2017. DA Stephan and Deputy DA, Richard Sachs, represented the Buggs family in a parole hearing in August of 2018, in which they described Cecena’s brutal and cold-hearted murder.

Officer Archie Buggs, 30, was shot four times after he stopped a car driven by Cecena, a gang member in the Skyline neighborhood who was 17 years-old-at the time. Cecena fired five times at Buggs, then paused, walked toward the fallen officer and fired a final bullet into his head at point blank range. The officer died on the street, his hand still on his service revolver.

“This defendant killed an on-duty police officer in cold blood and in spite of his claims to the contrary, he still lacks honest insight and remorse into this heinous crime,” DA Stephan said. “We appreciate the Governor’s thoughtful analysis and ultimate decision to reverse parole and safeguard the public. Officer Buggs was one of the first African-American police officers in San Diego and he was a hero to his family, his law enforcement colleagues and to the entire San Diego community. We will continue to fight for justice.”

Cecena was granted parole in 2014, 2015, 2017 and 2018 and each time the grant was reversed. Cecena’s parole also continues to be opposed by San Diego Police Chief David Nisleit and the San Diego Police Officers Association.

“Despite his many years of incarceration, Mr. Cecena has not sufficiently explained his callous actions on the night of this crime,” Gov. Newsom wrote in his decision. “Until he demonstrates that he fully understands how he came to commit this crime and is capable of refraining from similar behavior in the future, I do not believe he should be released from prison.”

Cecena was convicted of murder and was sentenced to serve life in prison without the possibility of parole on August 22, 1979. Because Cecena was 17 at the time he killed Officer Buggs, his sentence was reduced to a seven years-to-life term in March of 1982. Cecena’s unstable social history continued during his incarceration; he received more than 10 violation reports for misconduct while in prison.[TWEET THIS]

Class of 2019 Deputy DA’s Sworn in
Scroll to top