You are here: Home1 / News2 / DA Will Fight to Keep Cop Killer Behind Bars 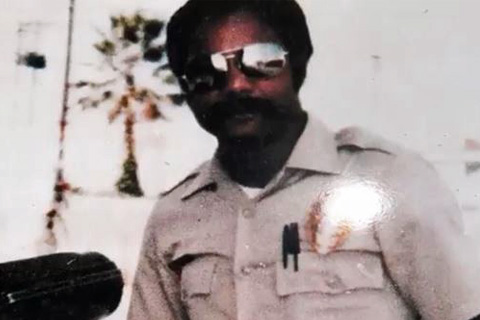 San Diego County District Attorney Summer Stephan will again attend the latest Parole Board hearing for a defendant who shot and killed a San Diego police officer in order to bring a clear voice on behalf of the slain police officer’s family and keep a murderer behind bars. [TWEET THIS]

Officer Archie Buggs was 30-years old in 1978 when he was shot six times after he stopped a car driven by Jesus Cecena, a gang member in the Skyline neighborhood. Cecena fired five times at Buggs, then paused, walked toward the fallen officer and fired a final bullet into his head at point blank range. The officer died on the street, his hand still on his service revolver.

In the last four years, Cecena was approved for parole three times by the parole board but Governor Jerry Brown later overturned the panel’s recommendation in each case.  Cecena’s parole continues to be opposed by San Diego Police Chief David Nisleit, District Attorney Summer Stephan, and the San Diego Police Officers Association.

“This was a cold-blooded execution of an on-duty police officer that devastated the officer’s family, his department and our community,” District Attorney Summer Stephan said. “This crime was callous and inexplicably senseless. It demonstrated a total disregard for human life and disdain for those in a position of authority.”

Cecena was convicted of murder and was sentenced to life in prison without the possibility of parole on August 22, 1979. Since Cecena was 17 at the time of the murder, his sentence was reduced to  seven years-to-life in March of 1982.  He was denied parole 13 times. His unstable social history continued during his incarceration; he received more than ten violation reports for misconduct while in prison. Cecena was granted parole three times (in 2014, 2015 and 2017) and each time Governor Jerry Brown reversed the grant after the DA’s objections.

“To this day, Cecena has never accepted full responsibility for executing Officer Buggs and glosses over the full horror of his actions,” said Deputy DA Richard Sachs, who will argue against Cecena’s release. “Cecena’s words of purported acceptance ring hollow, and do not demonstrate that he has fully embraced the execution nature of this killing. Unless and until he faces that, he will continue to be unpredictable and dangerous.” [TWEET THIS]