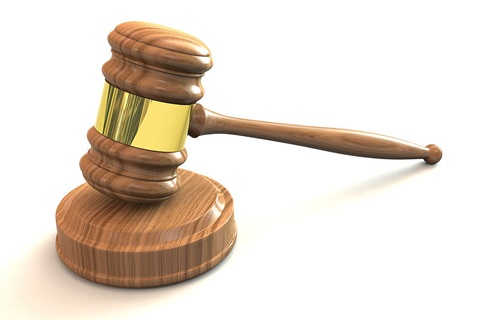 The San Diego County District Attorney’s Office said today it has filed felony assault and battery charges and hate crime allegations against two men who assaulted a Black journalist covering a peaceful Black Lives Matter protest in Imperial Beach. Jeffrey Brooks, 38, and Henry Brooks Jr., 32, are out of custody and have warrants for their arrest. Their arraignment dates have not yet been set. [TWEET THIS]

The charges stem from an incident on June 7, during which Black Lives Matter protesters were peacefully marching in Imperial Beach. The defendants began verbally and physically antagonizing the protesters, and Henry Brooks Jr. threw eggs at them. While recording the scene, the victim was sucker punched in the head by Jeffrey Brooks, causing him to fall backwards and hit his head on the ground.

“Protecting our community from hate crimes is a priority for my office because hate erodes our right to equality and fairness, and it leaves an impact on the victim and everyone who shares the victim’s race.”  District Attorney Summer Stephan said. “We will not tolerate the intimidation or violent interference with protesters or a journalist who are exercising their First Amendment rights.”

In both 2019 and 2018, the District Attorney’s Office filed hate crime charges against 30 individuals. The number represents a continued increase from cases filed in previous years. Historically, race-based hate crimes make up between 50 and 60 percent of all hate crimes in the County.

Earlier this year, the District Attorney’s Office set up a new online form and hotline where the public can report suspected hate crime they’ve witnessed in San Diego County. The tool is partly in response to reports of hate-related incidents aimed at the Asian community across the nation in the wake of the COVID-19 pandemic, as well as the arrest of a 66-year old man in San Diego, who physically attacked a man he perceived to be Chinese-American.

“We know that people often don’t report hate crimes because of fear or shame, and we wanted to provide a direct avenue to encourage victims or witnesses to hate crimes to report,” DA Stephan said. “People can and should continue to report hate crimes to their local police departments and Sheriff’s Department. This additional reporting mechanism will act as a safety net and help ensure reports are reviewed and shared by law enforcement.”

The online reporting form can be found on the District Attorney’s website here. The Hate Crimes Hotline number is 619-515-8805.

Individuals submitting information about a suspected hate crime will be contacted with information about the DA’s review of the report and any action that may be taken. The public is reminded that hate speech in and of itself often does not rise to the level of a hate crime, but it could escalate to criminal behavior. By law, a hate crime is a criminal act committed against an-other person that is motivated by prejudice against a person’s race, ethnicity, religion, gender, sexual orientation or disability. [TWEET THIS]