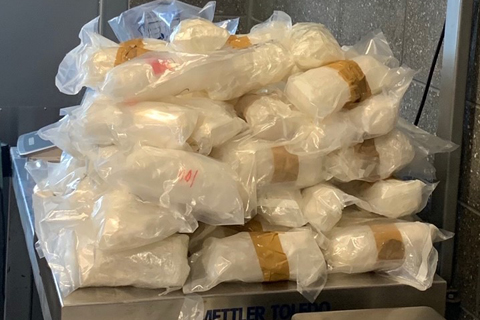 Law enforcement officials from across the county are warning the public about a sharp increase in overdose deaths connected to the highly potent and often deadly drug, fentanyl. [TWEET THIS]

In 2019, there were 152 fentanyl-related overdose deaths in San Diego County. But in the first six months of this year, there are likely already 203 fentanyl-related deaths, of which 119 have been confirmed and another 84 are pending confirmation. This year’s deaths have occurred in all areas of the county. Victims ranged in age from 17 to 66-years-old, with the average age being 37.

“This alarming uptick demonstrates that dealers continue cutting various illegal drugs with fentanyl and now more than ever it’s a recipe for death,” said District Attorney Summer Stephan. “The public needs to be aware of the danger of using any controlled substance even if packaged like a harmless medicinal pill. Higher overdose numbers tell us there’s likely more product on the street in San Diego that may be laced with deadly fentanyl. I’m urging you to share this potentially life-saving message with your loved ones today.” [TWEET THIS]

“While buyers may think they’re getting cocaine, oxy or Xanax, in reality they’re playing a high stakes game of Russian roulette,” said United States Attorney Robert Brewer. “When it comes to fentanyl, there’s no truth in advertising and you can forget about quality control. Hundreds of unknowing buyers end up ingesting a deadly dose of fentanyl, which has left scores of grieving San Diego families in its wake this year.” 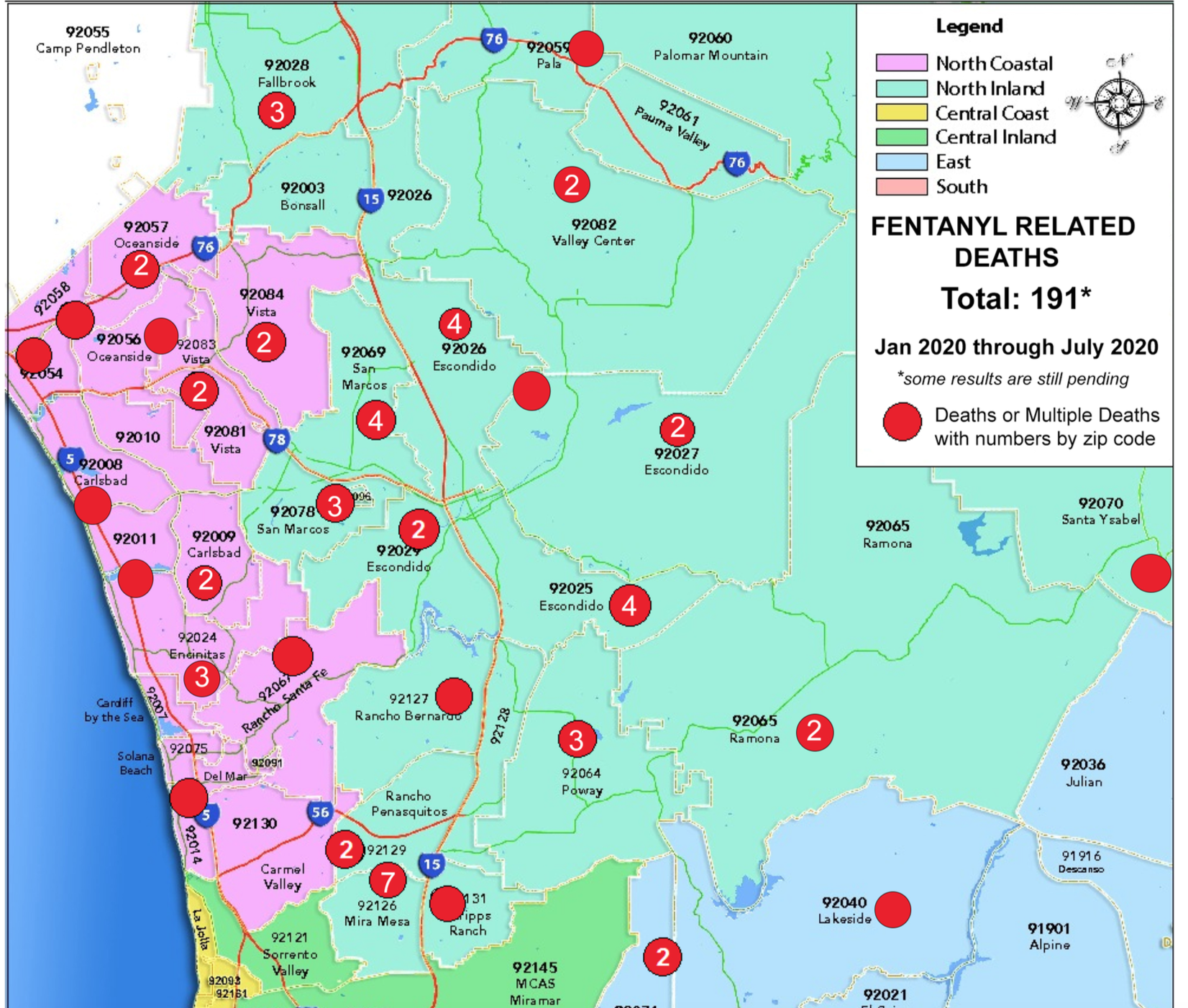 Dr. Luke Bergmann, the Director of Behavioral Health for the San Diego County Health and Human Services agency warned that amid the COVID-19 pandemic, people may turn to substance abuse to deal with stress.

“It is critical in this time of mental health vulnerability and social isolation, with pervasive high rates of anxiety and depression, that people with substance use disorder are aware of the heightened risks of fentanyl and that they get access to harm reduction and care services for addiction,” Dr. Bergmann said. “With physical-distancing requirements in place, local treatment providers have expanded their tele-health capacities. Anyone can get immediate and long-term help over the phone or in person.” [TWEET THIS]

The District Attorney and U.S. Attorney are prosecuting several cases involving people who have overdosed on fentanyl this year. These cases are investigated by a DEA-led task force, the Sheriff’s Department and other local law enforcement agencies.

“The health and safety of our community is a top priority for DEA, which is why we have an entire DEA-led task force team dedicated to investigating the sources of the drugs causing these deaths,” said DEA Special Agent in Charge John W. Callery. “However, DEA’s main goal is stopping deadly drugs from making it to the streets of San Diego. Since January, law enforcement agencies in San Diego have seized over 12,000 kilograms of fentanyl and methamphetamine, likely preventing additional deaths in our community. Also, if it weren’t for the outstanding work of our first responders in saving lives of those who have overdosed, the number of deaths in San Diego would be much higher. The DEA wants to remind the public that medications not obtained from legitimate pharmacists and illicit drugs like methamphetamine, can be laced with fentanyl and could result in your death.”

“Deaths specifically from fentanyl or fentanyl in combination with other drugs in San Diego County are have been increasing for years, almost exponentially really, since 2016,” said San Diego County Medical Examiner Dr. Glenn Wagner. “So far this year, pending confirmation, we will have seen more than 200 fentanyl overdose deaths, whereas by this same time last year we had only seen 84. Years ago when we saw a death from fentanyl toxicity, it was usually someone misusing an excess of their legally prescribed medicine; but today almost all of the fentanyl deaths that we see result from people that have taken counterfeit pills sold illegally as oxycodone or alprazolam (but containing fentanyl instead of the other drugs). These pills are deadly and even just part of one pill kills.”

“The San Diego County Sheriff’s Department continues its commitment to fighting the opioid epidemic in the region,” said Sheriff Bill Gore. “Sheriff’s detectives, task force members and patrol deputies regularly encounter and seize fentanyl and fentanyl-laced illicit drugs. The potency of fentanyl is so extreme, deputies and evidence specialists must take unique precautions to prevent deadly exposure. We continue to commit resources toward the investigation and arrests of offenders who manufacture, traffic and distribute this deadly narcotic.”

First responders in the San Diego Police Department see the tragic effects of fentanyl too often.

“The far-reaching devastation of fentanyl is measured in human lives and affects everyone from the tragically addicted to the first-time user,” said San Diego Police Chief David Nisleit. “Our first responders are also forced to bear witness to the lives stolen and mourning families left in its wake of destruction. As if this were not enough, there are also the dangers of secondary exposure to fentanyl due to its lethal potency, which can easily contaminate persons, vehicles and even entire homes. The San Diego Police Department’s commitment to the value of human life does not stop at physical safety, but rightfully extends to the hope that everyone has the opportunity to thrive. The threat fentanyl brings against both these goals cannot be overstated.”