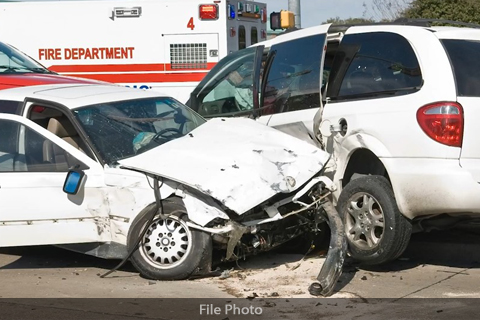 For four years, a team of 10 crooks would purchase ratty vehicles at auto actions then file inflated claims and staged thefts, collecting more than $500,000 in fraudulent insurance claims along the way. The organized ring was toppled after the San Diego County District Attorney’s office received a tip and opened an investigation. [TWEET THIS]

The investigation – dubbed Operation Dealer’s Choice – found that the defendants were buying vehicles that were already damaged and had high mileage for a significantly low dollar amount. Once the auto was purchased, registered and insured, the suspects filed a total damage or total theft claim and the ring shared the profits.

“Stealing from insurance companies hits all of us in the wallet because the loss is passed on to the consumer,” District Attorney Summer Stephan said. “These defendants carried on their criminal enterprise for years until the joint task force’s outstanding work stopped them in their tracks.”

Investigators discovered 35 possible fraudulent auto insurance claims were filed over a four-year period. The ring used 56 vehicles to carry out their fraud.

“The alleged scam we uncovered in Operation Dealer’s Choice was a bad deal for drivers who have to pay more through higher premiums as a result of insurance fraud,” said Insurance Commissioner Ricardo Lara. “The hard work of our multi-agency task force stopped this alleged organized insurance crime ring that stole more than $500,000 in fraudulent auto claims.”

A number of the vehicles the defendants bought had their odometer mileage rolled back to increase the value of the car before it was damaged or reported stolen. The remaining vehicles had significant damage prior to being insured unbeknownst to the carrier. In some cases the autos were damaged by the defendants after being insured.

Suspects in this case used various schemes including incepting policies on a vehicle that had pre-existing damage, filing claims shortly after the policy’s date of inception, letting the policy lapse shortly after collecting a check for loss due to non-payment. The defendants also filed suspected staged collisions in which they would damage vehicles to the point of a total loss to collect an insurance payout. Suspects also staged phony thefts and collected payments.