You are here: Home1 / Travis Sarreshteh 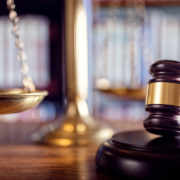 San Diego County District Attorney Summer Stephan announced today that defendant Travis Sarreshteh, 34, who was convicted by a jury on September 14 of premeditated murder, premeditated attempted murder and assault with a firearm, has been sentenced to 175 years in prison plus four life terms. Sarreshteh shot and killed a parking valet on a busy downtown street in April 2021 before walking several blocks and shooting three tourists and a local San Diego man.

Sarreshteh was stopped by two good Samaritans near Fifth Avenue and Island Avenue.

“This defendant had no regard for life when he ruthlessly killed an innocent young man who was simply performing his work, before going on the hunt for additional victims,” DA Stephan said. “I’m grateful for the heroic actions of bystanders, which likely averted even more loss of life, and also for the swift action and thorough investigation by San Diego Police Department, and the dedicated work of the DA prosecution team, all resulting in a just jury verdict and sentence in this case.”

Sarreshteh had been going through a breakup with his girlfriend, who wanted out of the relationship due to domestic violence incidents. After making a series of Instagram posts about ‘today being the last day for people to make amends’ with him, Sarreshteh went to his girlfriend’s home with a ghost gun— an untraceable firearm. He was wearing all black and his face was covered with a mask.

After the couple argued, Sarreshteh went to the nearby Pendry Hotel, where he shot and killed valet Justice Boldin as he helped customers. When Boldin fell to the ground, Sarreshteh shot him several more times. Sarreshteh then walked up Fifth Avenue and demanded a group of tourists salute him, reaching for his firearm again. At Fifth and Island Avenues, Sarreshteh walked through a group of four young tourists and accused them of laughing at him. The men did not respond and continued to walk away, when Sarreshteh fired into the group of men at their backs. He struck and injured three of the men, plus a local San Diego man who was half a block away on his way to see his son perform music at a local music venue.