You are here: Home1 / Escondido 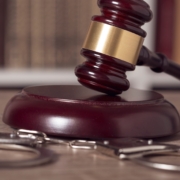 San Diego County District Attorney Summer Stephan announced today that defendant Juan Carlos Ortega, 38, who was convicted by a jury on December 21 of two counts of first-degree murder, two counts of child endangerment likely to produce great bodily injury and one count of arson, has been sentenced to two life terms without the possibility of parole plus 26 years to life in prison.

In 2018, Ortega fatally stabbed his wife Veronica Soto Ortega, 30, and her sister Ana Gabriela Soto, 26, as the couple’s children slept nearby.

“The brutality with which this defendant killed the two victims is horrendous and is sadly a disturbing example of what can happen when domestic violence escalates,” DA Stephan said. “A specialized DA prosecution team worked tirelessly to bring this case to justice, and we are grateful for the jury verdict and sentence in this case. Every year there are more than 17,000 reported incidents of domestic violence with an average of 13 women killed per year by their intimate partner. We will keep fighting to reduce the gut wrenching damage of domestic violence in our community.”

On August 9, 2018, Ortega watched his estranged wife’s apartment in Escondido and waited to enter until just after 3 a.m. Once inside the home, he attacked his wife, stabbing her in the neck twice, then slashed his sister-in-law’s throat, stabbed her in the chest and shot her. He then continued stabbing his wife until she died. After killing his wife, he locked his two children, ages 4 and 5, in a nearby bedroom and covered his wife with a blanket. He stuffed his sister-in-law’s body into the back of his wife’s SUV and drove off, tossing out Soto’s cellphone along the way.

At Country Club Drive and Kauana Loa Drive, just east of Escondido, Ortega poured lighter fluid over Soto’s body, set it on fire, then walked back to his vehicle, which he left at a Park & Ride in San Marcos.

If you are a victim of domestic violence, take the first step today to protect yourself and your family and call the National Domestic Violence Hotline at 1-800-799-7233(SAFE) for help and referrals to local resources. Call 9-1-1 if in immediate danger.