You are here: Home1 / drugs 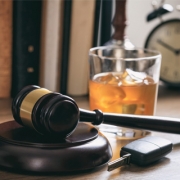 San Diego County District Attorney Summer Stephan announced today that her office is receiving a $733,650 grant from the California Office of Traffic Safety for the ninth year in a row to prevent and prosecute impaired driving deaths and DUI-drug cases. The grant award comes as San Diego County experienced more fatal DUI crashes in 2021 than the county has seen in more than two decades.

Last year, 39 people were killed in 36 DUI-related crashes. So far in 2022, there has been a moderate decrease with 24 people killed, including a 1-year-old child.

“Prosecuting and investigating these important cases require a specialized team of prosecutors and investigators to be able to hold offenders accountable and deter this deadly behavior,” DA Stephan said. “The spike in the number of people dying at the hands of impaired drivers in recent years is disturbing. As the holiday season approaches, people need to make responsible choices, use ride sharing services and keep their friends and family from getting behind the wheel if they are impaired.”

Data shows average blood-alcohol levels of drivers involved in Driving Under the Influence cases are also higher than last year at over .18%. Prosecutors say that more than half of individuals being arrested for driving under the influence have both alcohol and drugs in their system—a deadly combination.

The grant will allow the DA’s DUI Homicide Unit to continue its critical work. The unit, which launched in 2014, streamlines complex DUI cases by creating expertise within the DA’s Office. The specialized unit creates uniformity in sentencing among the four adult courthouses. In addition, the unit helps law enforcement adapt to changes in technology by having a designated DA Investigator who is trained in the latest techniques in collision reconstruction. Since its inception, the unit has prosecuted nearly 200 cases and they have received more than $3.9 million in funding from the Office of Traffic Safety.

Funding will also be used to:

“With various alternative transportation options available, there are zero excuses and zero tolerance for driving after drinking or under the influence of a drug,” OTS Director Barbara Rooney said. “The work of the vertical prosecution team is critical in addressing the serious dangers posed by impaired driving.”