You are here: Home1 / arraignment 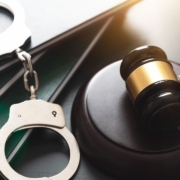 “This terrible violent attack on innocent people is another example of unacceptable criminal conduct that is making people who live and work in downtown San Diego experience fear for their safety,” DA Stephan said. “Unfortunately, many of these cases intersect with persons experiencing homelessness as perpetrators or victims of these violent attacks. We will not tolerate this conduct and we will enforce the rule of law against anyone who harms our community.”

Torres was arraigned in San Diego Superior Court and pleaded not guilty. If convicted, he faces 21 years to life in prison plus an additional 26 years. A preliminary hearing in this case has been set for February 7.

“I’m proud of the swift and complete investigation by San Diego Police Department and the work by the DA team, that will ensure justice is obtained in this case,” DA Stephan said. “Public safety is the guiding light of the District Attorney’s Office, and our priority is making sure San Diego continues to be one of the safest urban counties in America.”