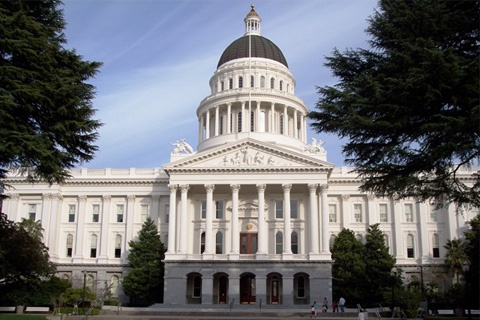 “This legislation ensures traffickers are sentenced to prison, establishes increased penalties for repeat offenders, and prevents traffickers from receiving early parole,” said DA Stephan. “We continue to attack human trafficking, the sexual exploitation of young people, and labor trafficking on several fronts. This change to the law will give prosecutors across the state another tool that has more serious consequences for those who would prey on some of the most vulnerable in our communities.”

Under current California law, human trafficking is defined as a “non-serious” and “non-violent” crime, falling into the same category as other low-level felony crimes such as vandalism, theft and drug sales.

By definition, human trafficking charges apply to those who are sexually exploiting or attempting to sexually exploit children and those who use force, fear, fraud, deceit, coercion, violence, duress, menace or an unlawful threat of injury on an adult that results in the substantial and sustained deprivation of the adult victim’s liberty for the purposes of obtaining forced labor, services, or sexual exploitation.

Both state and federal law enforcement agencies, including the California Attorney General, define human trafficking as “modern-day slavery.”  This label is well-deserved as traffickers control every aspect of a victim’s life.  Traffickers are exploiters of the worst kind, frequently targeting the most vulnerable and abused of society for their own financial and sexual exploitation.  Women, children, and minorities are particularly vulnerable for exploitation, as are members of the LBTQ community.

Last week, the DA announced a new outreach campaign aimed at raising awareness that boys are often victims of human trafficking. The month-long campaign’s goal is to broaden the public perception of who is vulnerable to being sexually trafficked. Officials hope that bringing attention to this issue will improve screening, identification, and services for boys who are victims of sex trafficking. The campaign is appearing on billboards, bus transit posters, on social media and in public service announcements on radio.

A study by the John Jay College of Criminal Justice estimated that as many as 50% of the commercially sexually exploited children in the United States are boys.

The bill will be heard next in the State Senate’s Public Safety Committee.