You are here: Home1 / News2 / Governor Signs Law Tripling Fines for Those who buy Underage Sex 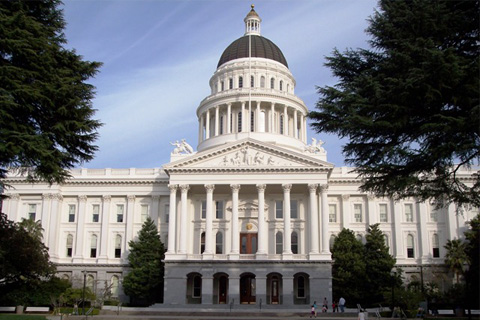 Governor Brown signed into law a bill sponsored by the San Diego County District Attorney’s Office, AB 2105 (Maienschein), which increases fines or penalties awarded in civil actions for commercially sexually exploited children. The new law allows for triple the damages that defendants would otherwise be liable for where the conduct is 1) directed at minors, 2) minors suffer physical, emotional, or economic damage, or 3) the defendant knew or reasonably should have known that the sex victim was a minor. The bill adds children to the class of people already protected and allowed to seek civil penalties or damages under the Civil Code Section 3345 (disabled persons and elders).  [TWEET THIS]

“This new law aims to be another deterrent for those in our community who would exploit children and pay for sex with a minor. It also provides funding for rehabilitation of sex trafficking victims so they can move past the pain and trauma they experience,” DA Summer Stephan said. “We have a duty to protect the youngest and most vulnerable members of our society and this bill holds individuals who would commit this kind of criminal conduct more accountable.”

“In San Diego alone, sex trafficking is estimated to be an $810 million a year industry and we can see that criminal sanctions are not enough to stop these reprehensible enterprises,” Assembly member Brian Maienschein said. “AB 2105 protects children from sex predators looking to make money off their suffering. It also provides a base statutory civil penalty of $10,000 to be awarded to minor sex trafficking victims. This new law deters child sex purchasers and provides a source of funds for the rehabilitation of victims of commercial sexual exploitation.”

Human trafficking is a $150 billion global industry, and the fastest growing criminal enterprise in the world. California has the highest number of human trafficking incidents reported by the National Human Trafficking Hotline. In San Diego, the Human Trafficking Task Force works to rescue the girls and boys who are being sold for sex and trafficked across San Diego County. The most common form of sex trafficking includes entrapping children into prostitution for the financial benefit of gangs. Recruitment happens in schools and online through social media and gaming apps.

The University of San Diego and Point Loma Nazarene University released a joint study that estimates there are anywhere from 3,000 and 8,000 victims trafficked each year in San Diego, which generates more than $800-million each year for human trafficking criminal enterprises.