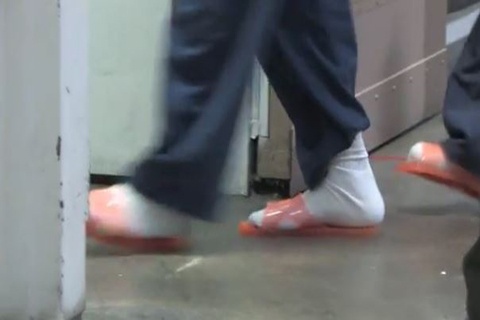 A man sentenced to nine years and eight months in prison for killing four people in a DUI crash is set to be released early by the California Department of Corrections and Rehabilitation (CDCR) on Friday after serving only two years and 10 months of his sentence. Richard Anthony Sepolio, 27, was behind the wheel of a pickup truck that plummeted over the side of a transition ramp to the Coronado Bridge and landed in Chicano Park, killing four people.

Sepolio was convicted in February of last year for the October 15, 2016, crash that killed Annamarie Contreras, 50, and Cruz Contreras, 52, a married couple from Chandler, Arizona; and Hacienda Heights residents Andre Banks, 49, and Francine Jimenez, 46. Seven other people were seriously injured. Sepolio was convicted of four counts of vehicular manslaughter while intoxicated and one count of DUI causing injury.

On Monday, CDCR surprised victims in the case as well as the District Attorney’s Office by notifying them of the impending early release, citing various prison credits for good behavior as well as its policy of releasing inmates early due to the COVID-19 pandemic. There were no specific reasons cited related to this defendant.

In strongly worded letters to both Governor Gavin Newsom and CDCR Secretary Kathleen Allison, San Diego County District Attorney Summer Stephan called the early release a “miscarriage of justice,” arguing that Sepolio should not receive extra credits and an early release due to COVID-19. DA Stephan wrote that Sepolio should serve the term as originally contemplated for the safety of the public.

“This very early release is unconscionable,” DA Stephan Said. “CDCR’s decision is re-victimizing the family and friends of the four people killed and seven injured who have been devastated by their loss and continue to deal with the financial, emotional, mental and physical trauma caused by the defendant. This inmate continues to deny and minimize the crime by refusing to admit he was speeding and denying being impaired while arguing with his girlfriend on the phone, which resulted in the devastating crash.”

Sepolio was traveling between 81 and 87 miles per hour when he lost control of his vehicle. He testified that when he got onto the Coronado Bay Bridge another vehicle would not let him over into the left-hand lane, so he sped up twice to pass. When he lost control, the vehicle bounced off the inside guardrail and then veered across the lanes of traffic hitting the outside guardrail before plummeting off the bridge. The vehicle careened down into Chicano Park where there was a motorcycle rally with nearly 1,000 people present.

District Attorney and City Attorney Remind Voters of their Rights