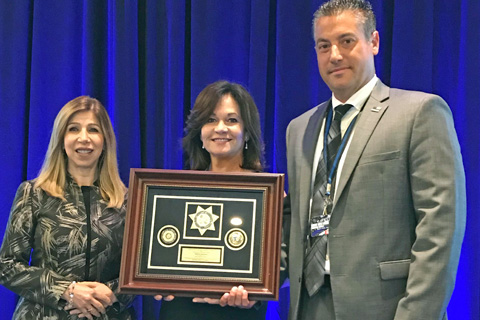 On January 9, 2011, Darryl Hunter and his adult son Keith Butler were shot and killed after an altercation with a man at the corner of 30th and C Streets in the city of San Diego. Hunter was shot four times and Butler was shot in the back while fleeing the scene. The San Diego Police Department identified Marlon Johnson as the main suspect but he eluded the police and fled California before being interviewed.

In 2016, SDPD presented the case to the San Diego County District Attorney’s Cold Case Unit, and shortly afterwards Johnson was located in Arkansas, was arrested and extradited to San Diego. The case was handled by Deputy District Attorney Valerie Summers and District Attorney Investigator Sandra Oplinger. However, the complicated prosecution resulted in two mistrials with hung juries; it was not until the third trial in January 2019 when a jury found Johnson guilty of second-degree murder for Butler and Hunter and guilty of shooting at a vehicle.

On Thursday, the California District Attorney Investigators Association recognized DAI Oplinger as DA Investigator of the Year and DDA Summers as Prosecutor of the Year for their hard work and perseverance in delivering justice this case. The awards were presented during CDAIA’s annual convention which was held this week in San Diego. [TWEET THIS]

“Valerie Summers and Sandra Oplinger exemplify the incredible work of our Cold Case Unit, which takes on the tough mission of solving cases that have often hit a dead end,” said San Diego County District Attorney Summer Stephan. “They both refused to give up and ultimately delivered justice for the victims’ family.”

Prior to the start of the first trial, DAI Oplinger identified another vehicle that had been part of the original crime scene and helped identify the position of the shooter at the time of the murders. There were more than 80 witnesses called to testify in all three trials, and DDA Summers met with all of them in preparation for the trial, some of which were initially hesitant to testify.

Each year, the California District Attorney Investigators’ Association presents the Joe McClure Investigator of the Year Award to an investigator to recognize outstanding achievement by a District Attorney Investigator as voted upon by the Association. In 2004, the CDAIA began recognizing California Prosecutors with the annual CDAIA Prosecutor of the Year Award to acknowledge the exemplary work by the nominee in the pursuit of justice and promoting and maintaining a positive working relationship with Investigators from their office for that year. [TWEET THIS]

New Program Steers Low-Level Offenders Away from Convictions and Jail

How to Report Embezzlement Crimes
Scroll to top