You are here: Home1 / News2 / Taking the Fight Against Human Trafficking to Africa 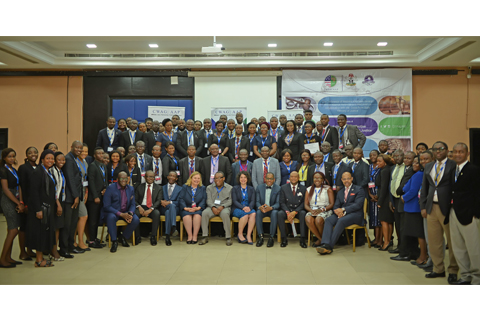 Two prosecutors from the DA’s Sex Crimes and Human Trafficking Unit recently returned from a trip to Nigeria where they spoke with attorneys there about how the San Diego District Attorney’s Office is confronting sex trafficking. 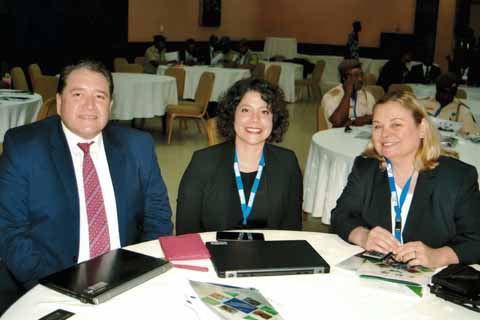 Deputy District Attorneys Mary-Ellen Barrett and Marisa Di Tillio traveled to Nigeria along with the San Diego County Public Defender’s Office’s Deputy Public Defender Jesus Romero, who sat on a panel about reforming the Nigerian judicial system to something similar to what we have in the United States. The trip was sponsored and paid for by the Conference of Western Attorneys General.

Deputy DA’s Barrett and Di Tillio presented at two separate symposiums, one on transnational crime and wildlife trafficking, and the other on the effective administration of law. Their presentations focused on human trafficking and barriers to investigating transnational crime, as well as emerging trends in proving cases and efficiency in administration of justice. They also sat on panels where they answered questions about the task force and team approach to the investigation of crimes that traverse borders, which was a topic of great interest to the attendees.

“By the end of the day, a comradery between prosecutors from different countries and different systems developed,” said Deputy District Attorney Mary-Ellen Barrett. “We are all trying to achieve justice for victims and for suspects. I was struck by how lucky we are at this office to have the resources and leadership to move the fight for justice forward.”

Deputy DA’s Barrett and Di Tillio were able to provide attendees with proof that the rule of law works to ensure an orderly and fair society and see that it is possible and productive to work with the defense to ensure better outcomes on cases. [TWEET THIS]