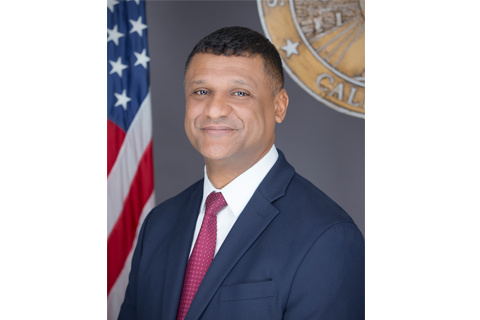 “We are thrilled to have Jorge’s extensive experience, proven leadership, and innovative approach to community outreach heading our investigative team,” said District Attorney Summer Stephan. “Jorge’s exemplary character and record of outstanding public service have defined his career and I know he will bring a fresh perspective to management of the Bureau of Investigation and to building safe and healthy neighborhoods in partnership with the communities we serve.”

During his time as a Captain at the San Diego Police Department, Duran initiated and implemented the “Better a Block” community outreach program in the Southeastern Division communities. He partnered with local Pastors to host block parties to foster better relationships between his law enforcement officers and the communities they served and to build trust from the top down.  The program served to reduce gang violence in these neighborhoods, and improved community relations so significantly that it is still active today.

“I am very excited and looking forward to working with the Bureau’s dedicated professionals who are committed to providing the highest quality service and building positive working relationships with the communities we serve,” said Chief Investigator Jorge Duran.

Chief Duran served six years as a squad leader in the United States Marine Corps Reserves before joining the San Diego Police Department in 1987.  He was promoted to Detective in Narcotics, Sergeant at the Western division, then Internal Affairs and later Cold Case Homicide, where he provided guidance and had oversight of the investigations into more than 100 cold cases.  He was then promoted to Lieutenant and led the Central, Watch Commander, Gangs, Internal Affairs and Homicide Divisions. He also achieved the rank of Captain where he led the Southeastern Division and Operational Support Divisions.

Twenty of Jorge’s 29 years at SDPD were spent in a leadership capacity as Sergeant, Lieutenant and Captain, and he attended the POST Supervisory Leadership Institute.  While at SDPD, Duran successfully reduced gang-related murders by 80%, initiated problem solving meetings in underserved communities, developed contingencies for planned and unplanned critical incidents such as fires and protest demonstrations, supervised SWAT, Canine, and the Homeless Outreach Team/PERT, he managed the department’s body worn camera program including training, maintenance, inventory and storage of over one thousand body worn cameras, participated in monthly community walks in neighborhoods to learn more about and address public safety concerns, and supervised the allocation of more than 1,000 patrol officers citywide.

After serving more than 29 years at SDPD, Duran joined the District Attorney’s Office in 2017, where he has served in our Superior Court and Special Operations Divisions.  He consults for the US Department of Justice to guide innovative and progressive police policies, and contributed to the publication of Homicide Process Mapping, a widely used DOJ-sponsored guide for optimizing investigation procedures and successful prosecutions.

[WATCH THE VIDEO OF HIS SWEARING IN CEREMONY, HERE]

New Chief Investigator is Sworn In
Scroll to top