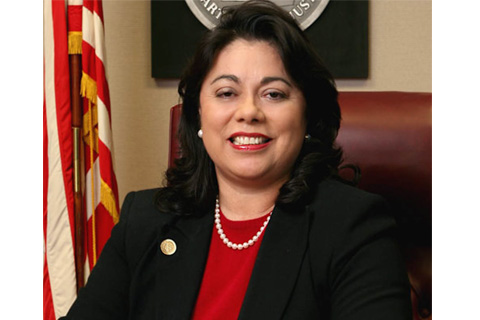 Lilia Garcia has spent much of her life promoting equality and justice on both sides of the border, mentoring young Latina attorneys and training lawyers in Mexico and the U.S. On Sunday she will be inducted into the Women’s Hall of Fame at the 18th annual ceremony recognizing women from San Diego whose actions and accomplishments have visibly made a difference for women in the community. Garcia, 65, is an attorney in the San Diego County District Attorney’s Appellate Division. Since 2013, she has lent her expertise to complex matters related to criminal writs and appeals handled in the Superior Court, Court of Appeal, and the California Supreme Court. [TWEET THIS]

Garcia is also an instructor on oral advocacy programs to support Mexico’s implementation of an oral, adversarial criminal justice system. In 2005, she co-founded Latinas in the Law, a mentoring program for young Latina lawyers and law students. In her role as a mentor, she has been part of the positive change that increased the number of diverse attorneys in the legal profession.

“Lilia is a role model in the DA’s Office and the community. Her career in public service has been devoted to justice and committed to the highest ideals of civility and professionalism in the law,” District Attorney Summer Stephan said. “Ultimately, Lilia’s legacy in San Diego County will be in the hundreds of lives she touched by selflessly mentoring and supporting young people from diverse backgrounds and engaging them in the legal profession.”

As a past president of the San Diego La Raza Lawyers Association, Garcia co-founded the association’s scholarship fund, which since 2007, has awarded more than $341,000 to deserving law students. She has served on the boards of the Mexican American Business and Professional Association, Catholic Charities and Bayside Settlement House, as a school board member of Marian (Mater Dei) Catholic High School, and as an alumni board member of the University of San Diego Law School. She earned her law degree from the University of San Diego School of Law in 1981. Before joining the San Diego County District Attorney’s Office she served as a deputy and supervising deputy attorney general in the California Attorney General’s San Diego office for 32 years.

The Women’s Hall of Fame came about in 2001, when four co-hosts – Women’s Museum, the San Diego County Commission on the Status of Women, the Women’s Studies Department at San Diego State and the Women’s Center at UCSD – organized the first event to honor and acknowledge women who have made outstanding volunteer contributions and significantly added to the quality of life in San Diego County. [TWEET THIS]

Think Twice Before Checking in on Social Media