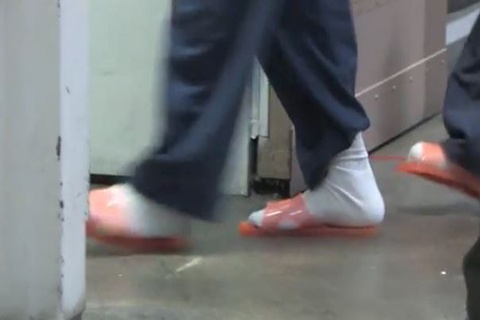 In the wake of an unprecedented Superior Court closure, the San Diego County District Attorney’s Office and San Diego County Sheriff’s Department took several proactive steps this week to address the threat of the coronavirus to individuals being held in local jails, including putting policies in place that promote the release of individuals arrested for low-level, non-violent crimes who normally would have been released if the court was open or can’t afford to post bail. [TWEET THIS]

“From the moment we realized the court would likely close, we began working to find concrete solutions to lessen the impact coronavirus could have on the jail population and the health of the wider community while at the same time maintaining the public’s safety,” said San Diego County District Attorney Summer Stephan.  “Our concerns include defendants who are not an imminent threat to public safety, who are unable to post bail and would be forced to wait weeks or potentially months for their first court appearance because of the court shut down.”

The issue first arose Monday when it became known the courts were making the responsible decision in the face of the pandemic to close for an extended period of time in order to safeguard the health of legal professionals, court employees and inmates from COVID-19 exposure. Normally, a person must be brought before a judge for arraignment within 48 hours of being arrested, not counting weekends or holidays.  Given the current court closure, people unable to afford bail could potentially be in custody for at least three weeks.

In response, cases involving people in custody are continuing to be reviewed within statutory timelines.  If no charges are going to be filed, the jail is quickly notified by the District Attorney so they can release the person (if that individual has nothing else keeping them in custody).  If charges are going to be filed, the District Attorney is working with the Sheriff and the Court on an “electronic pre-arraignment review” to identify individuals whose charges are eligible for immediate release or bail reduction. [TWEET THIS]

During this time of national emergency and pandemic, the public safety partners of the County, which include the Sheriff’s Department, District Attorney, and San Diego City Attorney— with input from the  Public Defender and permission from the Superior Court— are working to release certain inmates from custody and modify the criteria for those booked by the Sheriff’s Department into custody.

This continuing review of inmate custody status and modified booking criteria will allow the Sheriff’s Department to make necessary space available in the jails to implement public health recommendations for social distancing and isolation if necessary.

“We’re taking these steps because it’s the right thing to do in the face of extreme circumstances that pose a serious health risk to inmates and everyone who has contact with inmates as part of their official responsibilities,” DA Stephan said. “But we’re taking a balanced and thoughtful approach that prioritizes decision-making based on fair and objective risk criteria. The public’s safety is always our priority as we work to lessen the devastating impact the coronavirus could have on those who are being held in our County jails and those living in the broader community.”

Other actions being taken by the District Attorney include:

The DA’s Office is also temporarily modifying how it is charging cases. In some instances, it is reviewing in-custody, non-violent cases but not immediately filing criminal charges with the court. Instead, some individuals will be given a date to return for arraignment several months in the future. The DA is also evaluating other strategies to mitigate the risks of this epidemic and preserve precious resources.

“People aren’t going to get a free pass if they commit a crime. The DA team along with our law enforcement partners are working hard to protect the public from the additional harm that crime causes. This is about prioritizing and making thoughtful decisions based in fairness and equity during a time of crisis in order to relieve pressure on the system while protecting the public. We’re also mindful that once we’re past this crisis and the courts re-open, the system will undoubtedly be overburdened for some time,” said DA Stephan. [TWEET THIS]

Concurrent with the temporary modifications to how it’s reviewing and charging cases, the District Attorney’s Victim Services Division is working to support crime victims and provide a variety of services, including providing the required notifications under Marsy’s Law. The DA’s Victim Advocates serve more than 10,000 victims of crime each year and continue to provide much needed care during this crisis.

“I am so proud of the dedicated DA team across the county which is committed to safeguarding justice and promoting safe communities,” DA Stephan said. “They have stepped up in this time of crisis despite concerns for their own well-being to serve and get the job done.”

The San Diego County Superior Court Presiding and Supervising Judges have also taken extraordinary measures to obtain input from the District Attorney, Public Defender and others in order to implement best practices during this unprecedented crisis. In many cases prosecutors cannot act unilaterally to release people once their custody status has been determined by a judge. By law, the court needs to participate, agree and sign such orders. [TWEET THIS]