You are here: Home1 / News2 / Beware of Medicare Card Fraud 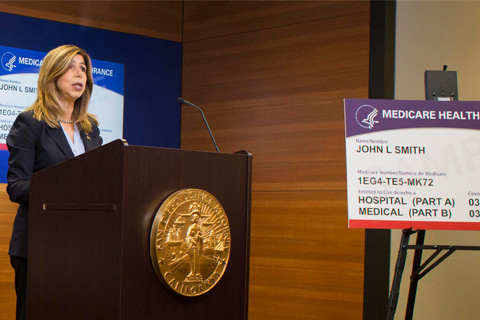 San Diego County District Attorney Summer Stephan today warned the elderly and disabled who receive Medicare benefits to protect themselves from scam artists who may try to obtain their personal identifying information. The warning comes as about 525,000 senior citizens in San Diego County begin to receive new Medicare Cards in the mail. Unfortunately, the new cards are also a new opportunity for scammers to take advantage of seniors and those with disabilities. [TWEET THIS]

San Diego County’s older population is growing; unfortunately, so are crimes against our older residents. Almost 23 percent of the population in our County is projected to be over age 65 by 2050, a 10 percent increase from 2015.

In the past few months, the District Attorney’s Office has stepped up its focus on preventing and fighting various forms of elder abuse—including financial fraud against seniors.  Since the start of 2017, the DA’s office has filed more than 100 cases involving theft from elder victims. In one recent case, the victim had their homes deeded away from them and sold without their knowledge.

About 5.7 million people will receive new Medicare cards in California, including more than half-a-million people here in San Diego County. The new cards no longer have the recipient’s social security number on them, instead each individual will receive an 11-digit alpha numeric identifier. The cards remain red, white and blue and benefits are not changing in any way. The new cards come with information on how to use them and recipients can start using their cards as soon as they receive them.

Con artists are known to take advantage of moments like this when new cards or government programs are rolled out. District Attorney Summer Stephan had a specific warning today for seniors and some important information on how they can protect themselves from those who would take advantage of them.

Tips for seniors to protect themselves include:

To learn more about protecting yourself from identity theft and health care fraud, visit Medicare.gov/fraud

“Our society will be judged on how we treat our most vulnerable, including our children and our seniors,” said District Attorney Summer Stephan. “With this countywide initiative, we’re proactively responding to an increase in elder abuse crime as this population continues to grow.”

According to a recent SANDAG report, violent crimes against San Diego residents 60 years of age and older increased by 20 percent last year. The report shows there were 838 crimes against seniors including 13 homicides, 25 rapes, 210 robberies, and 590 aggravated assaults in 2017.

Additional research showed that while the increase may be due to the growing number of 60-year-old residents in our region – up 20% percent – it was not the sole reason. Seniors are targeted because they are less likely to report a crime against them. [TWEET THIS]

Prosecutor Inspired After Becoming a Victim of Violent Crime

Reaching Out to Homeless Victims
Scroll to top