You are here: Home1 / Antifa 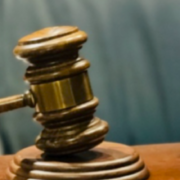 San Diego County District Attorney Summer Stephan announced today that a criminal grand jury has returned indictments against 11 individuals in connection with violent criminal acts committed during a demonstration in Pacific Beach on January 9, 2021. Charges handed down by the grand jury against the defendants include conspiracy to commit a riot, use of tear gas, assault with a deadly weapon, and assault by means likely to produce great bodily injury. In lieu of a preliminary hearing, the grand jury heard testimony over 13 days and delivered the unsealed indictment on May 23, 2022. The defendants have been indicted on 29 felony counts.

According to the grand jury indictment, “the defendants are all affiliated with Antifa. A group of the defendants originated from the Los Angeles area and the remaining defendants are from San Diego County. Antifa uses force, fear, and violence to further their interests and suppress the interests of others. The objective of this conspiracy was to incite and participate in a riot.”

The indictment goes on to say that “on or about January 2, 2021, Antifa supporters posted on social media calling for “counterprotesting” and direct action in response to a scheduled political demonstration in Pacific Beach on January 9, 2021. The defendants and other uncharged coconspirators confirmed their support and participation by showing up in Pacific Beach on January 9, 2021, dressed in black clothing, and armed with weapons and protective gear.”

The overt acts listed in the indictment detail the level of violence and planning committed by the defendants, including:

The 10 defendants who were arraigned today pleaded not guilty and a status hearing was set for August 8 at 2 p.m. in Department 102.